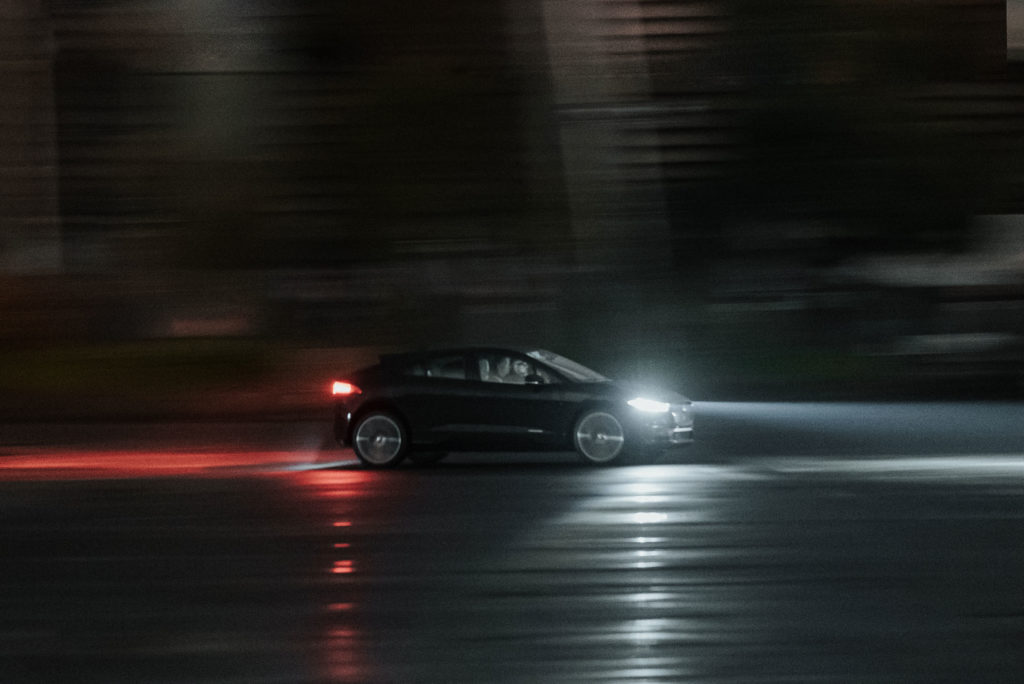 Together launches innovative Art of Performance campaign for Jaguar

Together have launched an innovative experiential and advertising campaign from Jaguar designed to make a splash. The campaign documents a live artistic collaboration between racing driver Greg Murphy and artist Otis Frizzell.

Frizzell sketched out a 120m x 60m metre abstract art piece and invited Bathurst winner Greg Murphy to race along his sketches in a Jaguar I-PACE, with the experiment captured by long exposure photography to produce a stunning piece of art, which will be gifted to new Jaguar owners.

The thrilling stunt was captured by a production crew led by photographer and director Jeff Wood. In addition to the hero 60” TVC spot, there are also two cut-downs and a behind-the-scenes edit that documents the sheer scale of the challenge faced by Otis and Greg.

The risky experiment, which took place in a carpark at Mount Smart Stadium last month, was the result of months of planning and genuine collaboration between Together, creative agency Chemistry and Jaguar.

Says Luke Meurant, national marketing manager, Jaguar Land Rover New Zealand: “We’ve often said Jaguar is a car that blends art and performance, featuring both cutting-edge design and superior handling. This new idea allows us to dramatise that in the most attention-grabbing way; mixing the artistic vision of Otis Frizzell with the performance of the legendary Greg Murphy.”

The campaign will run from July until September with creative running across television, video-on-demand, social media, native and display. Jaguar has released 400 copies of the limited edition print which will be gifted to new or returning Jaguar owners as part of a customer relationship management strategy.

Says Meurant: “Jaguar has had a remarkable year. However, we can’t take our foot off the pedal – the Jaguar I-PACE has won both World Car of the Year and New Zealand Car of the Year, and this is a great way to celebrate the success of our product.”